A righteous man regardeth the life of his beast: but the tender mercies of the wicked are cruel.

Years ago, a young lady noted her elderly Beagle was having a challenging time. Hence, she began to research how to help him be stronger. The righteous regards the life of his beast. Regards.

Historical Notes: yes, she went pretty wholistic as our beagle “Eddie” was aging and we could tell it made quite a difference in his health, so “Meghan” at about age 5 or 6 got going on it and “Ivy” started as a puppy

slice up the apples into pieces that will easily fit in your blender no seeds or core parts slice up red pepper, no seeds

in a pot of boiling water boil the carrots for about 15 mins or until a fork easily goes thru the carrots, this will let them blend easier in your blender.

Celery I cut off the bottom of the stalk and the tops as well and toss them, then cut in smaller pieces about like the baby carrots. celery in boiling water takes about 10 mins or less. I put celery/carrots in together, the celery floats first so can scoop it out then wait for the carrots to finish

Put them to the side in a big bowl then spinach for 3 mins in boiling water then remove. If the stems are real long, I cut them off and toss them out, otherwise leave them on

For the Kale cut the leaves of the big main stem and toss that big stem out …Boil the Kale for three minutes then remove.

All the above can be in the same bowl.

Strawberries and blueberries I buy frozen, sometimes you can find a bag that has both in it which is good, or separate bag of each. If you get it fresh cut off the green stem of the strawberry.

Now the fun part. I use a Ninja blender, but any blender will work. I just start putting stuff in randomly and blend it up and pour it into a big bowl. Sometimes I need to add a little water, not much, to make it blend better. as you fill up the big bowl, I stir it around to get it mixed together well. The consistency is like salsa, not really watery, but not so thick that you could stand a spoon up in it.

Once that is all done, I put the mix into Tupperware containers, about a cup or more in each. Freeze them. take one out and put in fridge. I give the dogs a heaping spoonful with each meal, but a larger dog should probably get two.

The entire process takes about two good hours. I get apples and pepper sliced up as the carrots are boiling. bananas blend easy and the pumpkin mix is soft so make sure you blend those with some apples.

ingredients for bone broth:   split pigs feet 3 or 4 depending on size of pot, shank meat for soup or anything labeled soup bones with meat on them; 2  that are flat work good, apple cider vinegar

I do this in an insta pot on pressure cook setting, never have tried in a regular pressure cooker as I do not have one, guessing you could also just low boil in a big pot for 90 minutes or so until meat falls off the bones easily.

fill pot with water until everything is just about covered, that’s why flat bones work best I put them on the bottom and then stack pigs’ feet on top, flat side down

Then pressure cook for 2 hrs. When done let it cool off 30 or 40 minutes, so steam does not shoot out of the instapot when you open it

Now scoop out all the bones and meat and discard.

Next pour all the liquid through a strainer into a big bowl. The strainer will catch any bits of bones and gristle, which gets tossed

Cover the bowl and put in the refrigerator overnight

Next day when you uncover the bowl there will be a layer of white fat on top, because fat floats. Skim that all off with a spoon or spatula and toss that.

What is left will be a big bowl of white jelly like substance which is the good stuff. I put it in small Tupperware containers as it is extraordinarily rich in nutrients and the dogs get a tablespoon with each meal.

The recipe I sent makes about 8 or 9 small containers of bone broth which I freeze and take out one at a time for the fridge. I am guessing each tub is about 1/2 cup or slightly more of the bone broth.

Diet of a champion agility dog. Meghan won 4 MACH titles (Master Agility Champion) as Judy kept her on this diet for years. 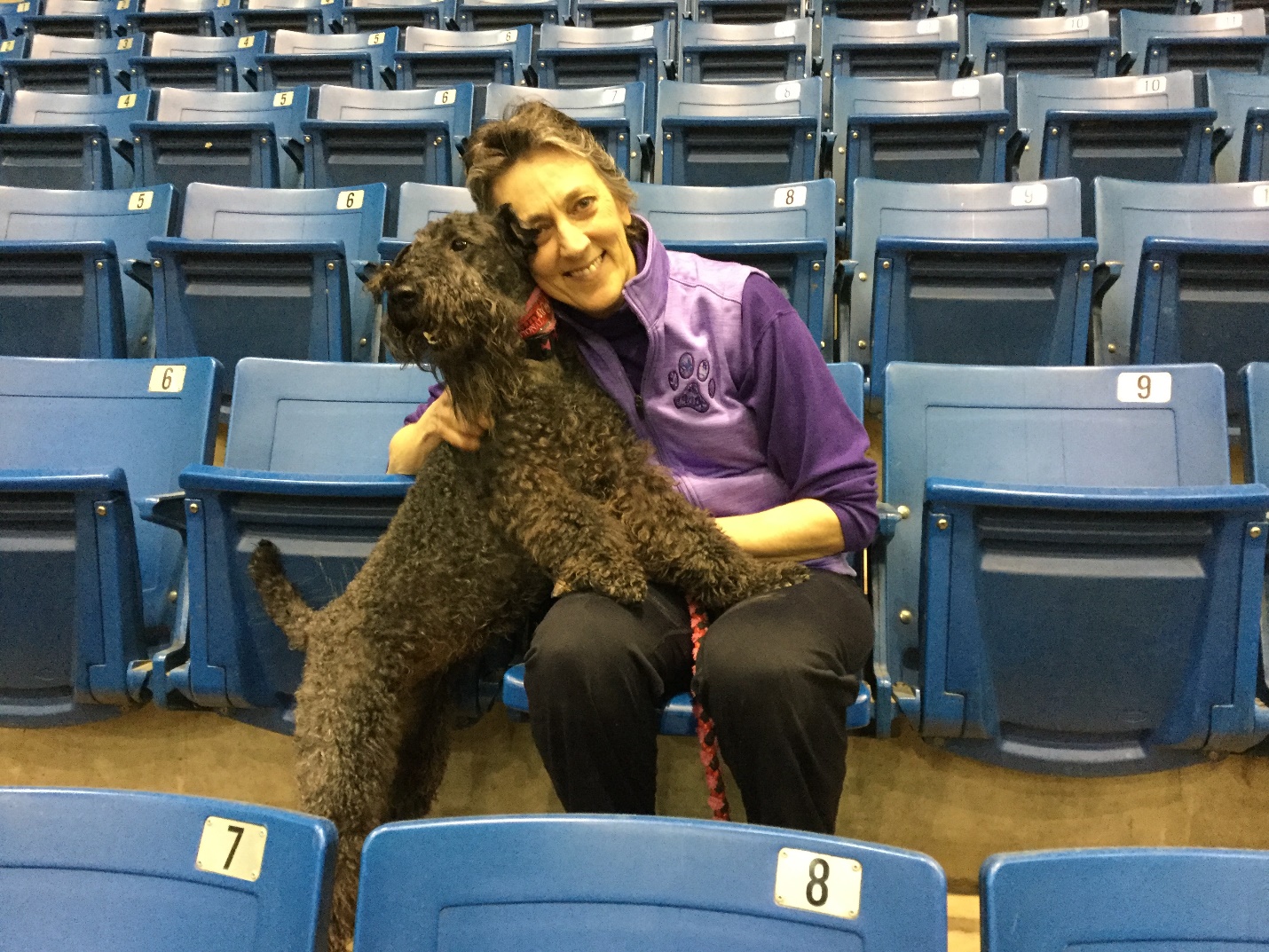